All high-quality brands and websites have one thing in common. They harness quality visuals. A bigger budget will open up options, and likely result in the best quality. However, you can still manage to capture or find great visual options on a tight budget by investing your own time.

There are two types of website photography sources: local and premade.

Local photography is capturing actual photos of your business, services, events, etc., which increases the odds of looking authentic. You can hire a photographer to capture professional photographs or capture them yourself with a smartphone. The professional will have superior equipment, knowledge, and experience. That comes with a price tag, but is recommended if your budget permits. If not, today’s top-tier smartphones pack a good enough camera, simply ensure you take photos in good light conditions and with a steady hand.

Premade photography goes by the name of “Stock Photography”. Not all premade photographs are made equally. Quality and costs are aspects that wildly vary, but the toughest part can be finding and choosing the right photos. You can easily sink in hours looking for a single “perfect” photograph. For this reason, paying for stock photos can be the ideal route. 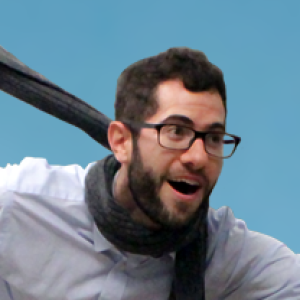 Matt was hooked to web design after building his first website in 2003. In 2008 he co-founded an online puzzle website that developed and published logic games, some were sponsored and featured on Viacom's AddictingGames.com. Matt later became the web and graphic designer for Chamber of Commerce of Eastern CT where he developed and managed several website properties for the Chamber. In 2018, Lipman created SVGBackgrounds.com, a web-based tool where users craft, customize, and quickly deploy background graphics to websites using SVG technology. Matt has a love for efficiency and specializes in front-end development with an emphasis on designing for today's wide spectrum of modern devices and screens sizes.